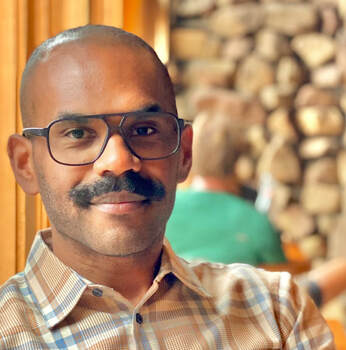 Prof. Nicholas Ball grew up in Chattanooga, TN. He received his B.A. in Chemistry at Macalester College in 2005 and completed their Ph.D. in 2011 under Prof. Melanie Sanford at the University of Michigan working with C–F and C–CF3 bond formation from high-oxidation state palladium. In 2010, he headed to the California Institute of Technology to pursue his postdoctoral studies with Prof. David Tirrell as a NIH Postdoctoral Fellow. Prof. Ball started as an Assistant Professor at Amherst College in 2013. In 2015 Prof. Ball joined the faculty at Pomona College and is now an Associate Professor of Chemistry with tenure.  His current research focuses on developing new methods to make and use sulfur-based molecules that can be used for drug targets, chemical probes in biology, and material science. The work of his lab involves making molecules, machine learning, and computational chemistry. His work features industrial, international collaborations as well as work with professors at other predominantly undergraduate institutions.  Prof. Ball’s honors and awards include Henry Dreyfus Teacher-Scholar Award and 2022 Chemical and Engineering News LGBTQ+ trailblazer. His research has been funded by NIH, NSF, and the American Chemical Society. 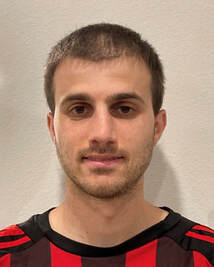 Dr. Ryan Cammarota graduated from Carleton College in 2012, where he received a B.A. in chemistry and played collegiate soccer. He completed his PhD in inorganic chemistry in 2018 at the University of Minnesota with Professor Connie Lu, where his research focused on developing new strategies for harnessing metal-metal interactions to catalyze reactions that neither metal alone could mediate. His PhD thesis received the 2019 University of Minnesota Doctoral Thesis Excellence Award for best dissertation in the chemistry department, as well as the Best Dissertation Award Honorable Mention for runner-up thesis in all physical sciences and engineering divisions. Upon completing his PhD, he ventured toward the intersection of organic chemistry, computational chemistry, and data science as a postdoctoral researcher with Professor Matthew Sigman at the University of Utah. His postdoctoral research was highly collaborative within the NSF Center for Selective C−H Functionalization (CCHF), where he developed predictive models based on new molecular descriptors for reactive site spatial constraints that guided the design of improved dirhodium C−H functionalization catalysts. He is excited to gain further teaching and mentoring experience at Pomona College as a Robbins Postdoctoral Fellow, which he hopes to draw upon in the future to establish an interdisciplinary research program fusing organometallic chemistry and data science. As part of the Ball lab, he will be focused on applying machine learning classification algorithms to predict reaction outcomes. In his free time, Ryan enjoys travelling, re-watching old TV shows, and playing soccer and board games.
Post Baccalaureate Scholar 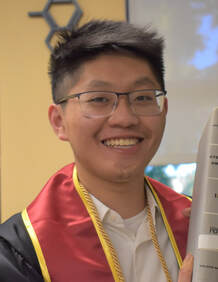 Kelvin Lee is a current post-bac scholar and Harvey Mudd graduate (’22). As an undergraduate, he was a Chemistry major with a concentration in Asian American Studies. In his free time, Kelvin enjoys hiking, cooking dim sum, and trying new foods. Kelvin is funded by the NIH. 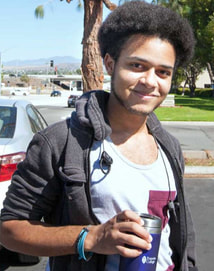 Jonathan Elisabeth '23 is a Pomona College senior from Miami, Florida. He is studying chemistry as an ACS and Linares Scholar. His interests include music and weightlifting. Jonathan is a 2022 Goldwater Scholar. 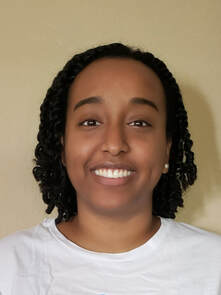 ​Hiwot Endeshaw '25 is a Pomona College sophomore from Gilbert, Arizona. She is a prospective Chemistry major and on the pre-health track. Hiwot's hobbies include media consumption, journalling, and playing K-pop too loudly. 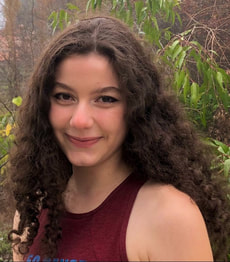 Emma Grigorian ‘24  is a Pomona College junior from Los Angeles, California. She is a molecular biology major on the pre-health track. Emma’s hobbies include baking, watching Studio Ghibli movies, and dancing. 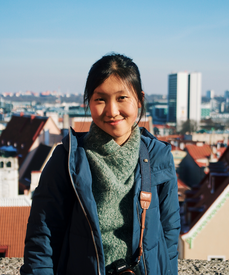 Xuehuai He '25 is a Pomona College sophomore majoring in mathematics. They like learning new languages, baking, formatting papers and fixing appliances, all of which relate to organic chemistry to some extent! 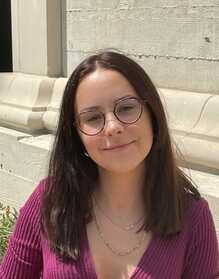 Madison Hesse '24 is a Pomona College junior from Oconomowoc, Wisconsin. She is a Classical Studies major on the pre-health track. Madison's hobbies include cooking, listening to music, and gardening. 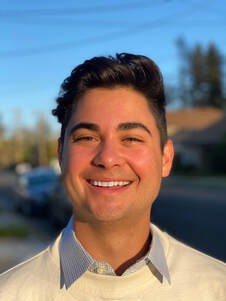 Cade Novara ’23  is a Pomona College senior from Salt Lake City, Utah. He is a Public Policy Analysis Major with a concentration in chemistry on the pre-health track. His hobbies include hiking, backpacking, and skiing 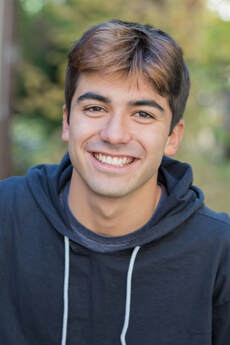 William Patrick ’24 is a Pomona College junior student from Seattle, Washington. He is on the pre-health track and currently majoring in molecular biology. His hobbies include skiing, spending time outdoors, and scuba diving. 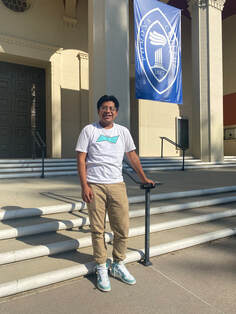 Fernando Sanchez Cano '24 is a Pomona College junior from Los Angeles, California. He a chemistry major and on the pre-health track. Fernando's hobbies include co-mentoring the IDEAS mentoring program, hitting the gym, and playing video games. 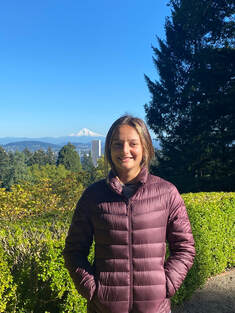 Natalie Schur ’24 is a Pomona College junior studying chemistry. She is from Princeton, New Jersey and enjoys the outdoors, painting, and walking her dog. 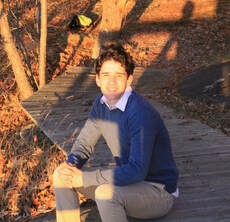 
​Theo Yassa ’24  is a pre-health student and junior at Pomona College majoring in Chemistry. He lives in Kittery, Maine, and likes playing music and soccer.
Ball Lab Alumni
Home